The Trump Administration — Keeping America Great in 2020 and Beyond!

Democrats’ best hope in 2020 — drive the economy into recession.

“[Members of Congress] are the Servants of the People, sent together to do the People’s Business…” —Benjamin Franklin (1785)

The result was that the Beltway mafia’s “business as usual” crowd ran headfirst into the new sheriff in town, and they have been trying to take him down every day since.

Recall that just 20 minutes after President Trump was sworn in on January 20, 2017, The Washington Post ran a prophetic headline declaring, “The campaign to impeach President Trump has begun.”

And New York Times columnist Paul Krugman led the chorus of deranged Demos predicting a “global recession.” At least that is what his gang of socialists and their legions of “useful idiots” all hoped would happen.

For two years, Democrat Party principals and their Leftmedia propagandists endeavored to obstruct Trump’s agenda with what amounted to a deep-state coup. When that failed to disable the MAGA train, they then conjured up a scheme to impeach Trump, which has rapidly devolved into the Demo theater of the absurd.

The Demo/Leftmedia hatchet job to block the SCOTUS nomination of Brett Kavanaugh is the template for their Trump impeachment charade. Get ready for the Blasey-Ford/Swetnick bombshells!

Despite their best efforts to undermine the administration’s agenda and drive the nation into a desperately hoped-for economic recession that they believe will bolster their chances to retake the White House and Senate in 2020, the Trump administration has been thus far, unstoppable. But Democrat obstructionists are giving it their all!

Just before Trump took office, in “The Trump Administration — A Reagan Revival!,” I wrote, “Since his stunning victory, Trump has NOT forgotten who brung him to the dance — those working class grassroots conservatives across the nation. … Trump’s simple mantra, ‘Make America Great Again,’ was borrowed from President Ronald Reagan’s slogan, ‘Let’s make America great again.’ And he is on his way to doing just that.”

And indeed he has. 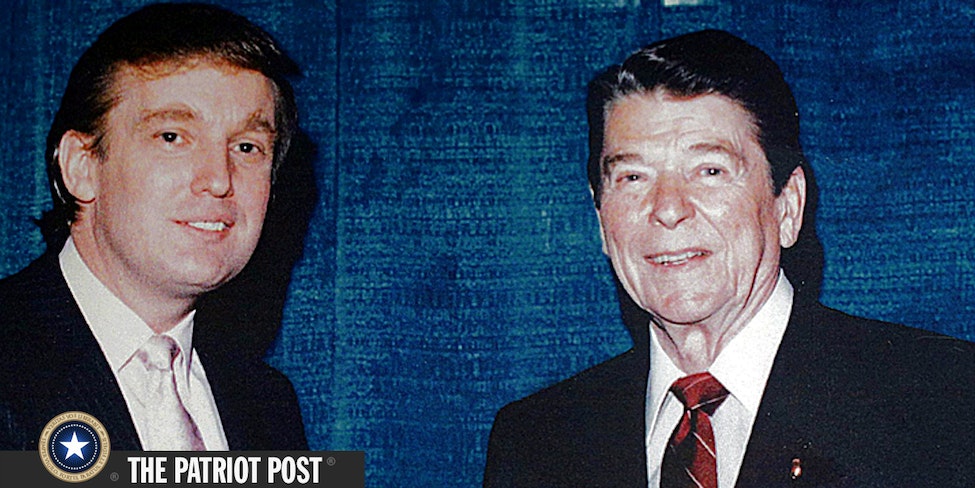 For the record, here’s a short list of Trump administration accomplishments coming into 2020…

Economic growth has averaged 2.6% under this administration, accounting for why the unemployment rate recently hit its lowest mark in 50 years. Trump administration policies, first and foremost being his signature tax cuts, helped our economy add more than seven million jobs — over half a million in manufacturing alone. (Notably, these were jobs that his economically inept predecessor, Barack Obama, insisted “are just not going to come back.”)

As a barometer for consumer and business confidence, stock-market records also provide greater net worth to that broad swath of Americans who are equity holders either directly or indirectly. At the close of 2019, the S&P 500 was up 29%, the NASDAQ Composite was up 35%, and even the heavily loaded Dow Jones Industrial Average was up 22%. And prospects look good going forward.

Wages for American workers are rising, and the fastest rise is for low-income workers. In addition, poverty rates for African-Americans and Hispanic Americans have reached all-time lows. As The Wall Street Journal notes, “Wages for rank-and-file workers are rising at the quickest pace in more than a decade, even faster than for bosses. … Average hourly earnings for production and nonsupervisory workers in the private sector were up 3.7% in November from a year earlier.”

After seeing their hourly earnings stumble along at 2.5% in Barack Obama’s best years, life is once again looking up for middle-income earners!

Consumer spending has surged, a reflection of consumer confidence that is itself a reflection of Trump administration policies. The cancerous 2008 recession, which was seeded by Democrat policies, is now clearly in recession!

For the first time in decades, our nation’s workers have a president who is implementing trade deals to protect their jobs. And the House just approved President Trump’s United States–Mexico–Canada Agreement trade pact, estimated to provide significant benefits to workers, farmers, and manufacturers. Trump’s hardline trade stance with China has been politically risky among certain key constituencies, but a balancing of that trade relationship was long overdue and much needed to protect American jobs, our economy in the long term, and our national security. Trump had the brash and brawn to take China on!

According to The Hill, “As a new year dawns in America, many of the nation’s manufacturing sectors are experiencing aggressive growth. … The steel industry in particular offers ample evidence, with America’s steel companies investing some $13 billion in new steelmaking and mills across the nation. This isn’t what many economists predicted, however. And frustrated by the flow of such positive news, the economics profession is looking for other means to wage their war against tariffs.”

Trump has rolled back an impressive 8.5 government regulations for every new one implemented, saving American taxpayers more than $50 billion and spurring additional economic growth. According to The Washington Times, “The Federal Register for Dec. 31 has published 2,964 final rules in its pages, the lowest number since records began in 1975.” Trump thus broke his previous record low of 3,281 in 2017.

The Trump administration has also cut almost 100 oppressive environmental regulations. And our air isn’t any less breathable, nor our water any less drinkable.

The Senate confirmed 187 Trump-nominated judges, meaning that 20% of the federal bench is now occupied by Trump nominees. This includes two outstanding Supreme Court justices, Neil Gorsuch and Brett Kavanaugh. If Trump is reelected, his conservative revitalization of the federal courts will continue, including possibly two more SCOTUS appointees. (With gratitude to former Democrat Senate Majority Leader Harry Reid, who nuked the Senate’s filibuster rule for judges in 2013 and thereby paved the way for Republican appointees ever since.) 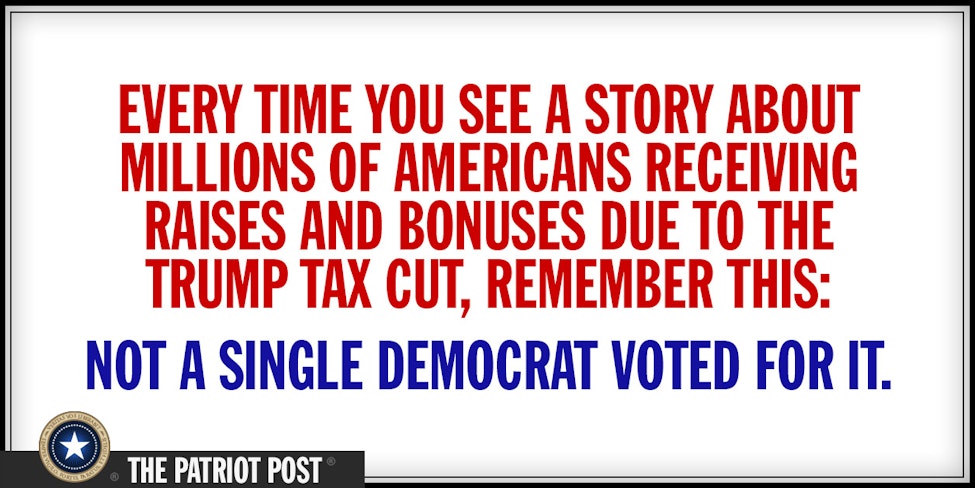 The Trump administration continues to implement policies that advance patient rights and slow healthcare cost increases, as they roll back Obama’s so-called “Affordable” Care Act and its disastrous impact on medical care and costs. Successes include the largest year-over-year decline in drug prices ever recorded.

The administration’s energy policies have made the United States a net exporter of all oil products, including both refined petroleum and crude oil, for the first time in decades. This has resulted in reduced dependence on Middle Eastern oil and a weakening of Russia’s export revenue.

Our nation is safer with Trump having reached new agreements with Mexico and Central American countries to help stem the flood of illegal immigrants across our southern border. Border apprehensions have since fallen by more than 70%, and the administration has replaced “catch and release” with “catch and return,” sending phony asylum seekers back to Mexico.

America has enormous national-security challenges, but Trump, unlike his predecessor, is not appeasing tyrants. The administration has authorized our military to squash the Islamic State in the Middle East, unlike the prior administration’s policies, which allowed jihadi terror to flourish. Additionally, by the end of 2020 our NATO allies will have increased defense spending by $130 billion — a good start. We also withdrew from the UN Arms Trade Treaty and the terrible “nuke deal” with Iran. Clearly, Trump has imposed a “new deal” on Middle East terrorists, including those from the most significant state sponsor of terrorism, Iran.

And finally, perhaps the worst news of all for Democrats: Despite their impeachment charade — or because of it — Trump’s popularity is growing, and he is now the choice among voters against all 2020 Democrat contenders.

Unlike congressional Democrats, Donald Trump has abided by his oath to the great benefit of Liberty and the American people he serves.

(For additional insight into events leading up to this election year, review our 2019 Best of Analysis and Best of Alexander posts.)