“The ultimate authority … resides in the people alone. … The advantage of being armed, which the Americans possess over the people of almost every other nation … forms a barrier against the enterprises of ambition, more insurmountable than any…” —James Madison (1788)

Ironically, he rolled out the latest round of leftist gun control measures just ahead of our Patriots’ Day commemoration of the battle of Lexington and Concord — a case study of consequences when tyrannical governments attempt to disarm the people. This effort was, of course, met with defiance. The result? The rise of American Liberty and the birth of a new nation.

Biden declared, “No amendment to the Constitution is absolute.” But in fact, the Second Amendment assurance of self-defense, and defense of Liberty, is the not only the First Civil Right but the most fundamental of rights of all people.

Ahead of Patriots’ Day, April 19th, let’s take a brief stroll down the path that gave rise to our Republic by recalling the last time the central government attempted to confiscate weapons from grassroots Americans Patriots.

But what directly tied Gage’s orders to the later enumeration in our Constitution’s Second Amendment assurance of the innate “right to keep and bear arms” was the primary mission of his Redcoat brigades. They were charged with undertaking a preemptive raid to confiscate arms and ammunition stored by Massachusetts Patriots in the town of Concord.

Patriot militia and minutemen, under the leadership of the “radical” Sons of Liberty, anticipated this raid, and the confrontations with British regulars at Lexington and Concord proved to be the fuse that ignited the American Revolution.

Near midnight on April 18th, 41-year-old Paul Revere, who had arranged for advance warning of British movements, departed Charlestown (near Boston) for Lexington and Concord in order to warn John Hancock, Samuel Adams, and other Sons of Liberty that the British Army was marching to arrest them and seize their weapons caches. After meeting with Hancock and Adams in Lexington, Revere was captured, but his Patriot ally, Samuel Prescott, continued to Concord and warned militiamen along the way.

The Patriots in Lexington and Concord, with other citizen militias in New England, were bound by “minute man” oaths to “stand at a minute’s warning with arms and ammunition.” The oath of the Lexington militia read thus: “We trust in God that, should the state of our affairs require it, we shall be ready to sacrifice our estates and everything dear in life, yea, and life itself, in support of the common cause.”

In the early dawn of April 19, their oaths would be tested with blood. Under the command of 46-year-old farmer and militia Captain John Parker, 77 militiamen assembled on the town green at Lexington, where they soon faced Smith’s overwhelming force of seasoned British regulars. Parker did not expect shots to be exchanged, but his orders were: “Stand your ground. Don’t fire unless fired upon, but if they mean to have a war, let it begin here.”

Within close musket range from the Patriots’ column, British Major John Pitcairn swung his sword and ordered, “Lay down your arms, you damned rebels!”

Not willing to sacrifice his small band of Patriots on the green, as Parker later wrote in a sworn deposition, “I immediately ordered our Militia to disperse, and not to fire.” But his Patriots did not lay down their arms. Then under Pitcairn’s orders, as Parker testified, “Immediately said Troops made their appearance and rushed furiously, fired upon, and killed eight of our Party without receiving any Provocation therefor from us.” Ten other Patriots were wounded.

As the American militia retreated toward Concord with the British in pursuit, their ranks grew to more than 400.

In Concord, the British divided in order to search for armament stores. Before noon, the second confrontation between regulars and militiamen occurred as 100 British light infantry from three companies faced the ranks of militia and minutemen at Concord’s Old North Bridge. From depositions on both sides, the British fired first, killing two and wounding four.

And fire they did. The volley commenced with what poet Ralph Waldo Emerson later immortalized as “The Shot Heard Round the World.” With that shot, farmers, laborers, landowners, and statesmen alike brought upon themselves the sentence of death for treason. In the ensuing firefight, the British suffered heavy casualties. In discord, the Redcoats retreated to Concord proper and, after reinforcing their ranks, marched back toward Lexington.

During their Concord retreat, British regulars took additional casualties in sporadic firefights. The most notable of those was an ambush by the reassembled ranks of John Parker’s militia, which became known as Parker’s Revenge. Despite reinforcements when they returned to Lexington, the King’s men were no match for the Patriot ranks. The militia and minutemen inflicted heavy casualties upon the Redcoats along their 18-mile tactical retreat to Boston.

Upon hearing of those first shots in what would become an eight-year struggle for American Liberty, Samuel Adams declared to fellow Patriot John Hancock, “What a glorious morning this is!”

Indeed it was, and remains with every sunrise over our nation since.

Undoubtedly, President Post Turtle has forgotten whatever American history he once knew, exacerbated by a half-century of chronic Potomac Fever. But he and his cadre of useful idiots should take a refresher course on the founding catalyst giving rise to our nation.

Patriots, through the trials we face now, stand firm and fast, and remember who YOU are, brothers and sisters — who WE are together. 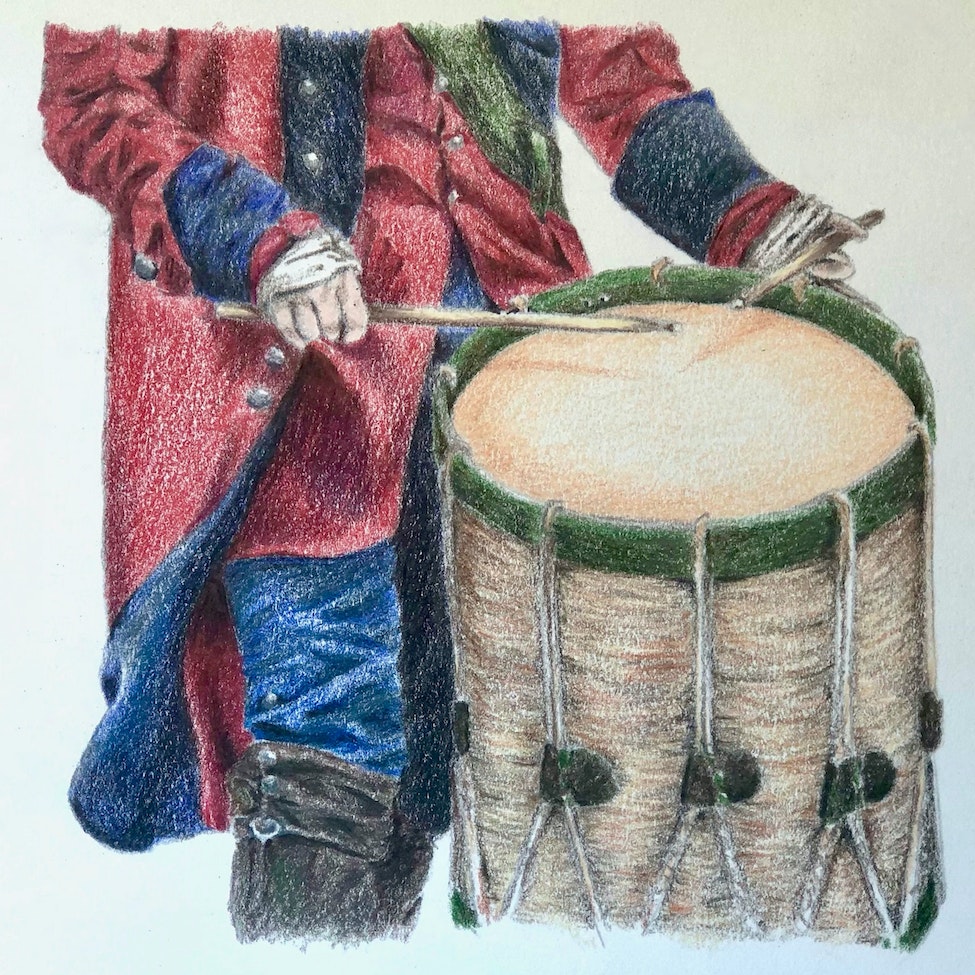 During the American Revolution, musicians, particularly drummers, were a primary means of communicating and expediting battlefield orders. While the Continental regulars wore blue coats with red cuffs, drummers wore red coats with blue cuffs in order to be more visible on a battlefield.

Like those drummers, The Patriot Post is the signal corps for American Patriots defending Liberty on the frontlines.

Grassroots and grasstops conservatives rely on The Patriot Post, and we remain the most cost-effective conservative force multiplier on the Web. By supporting our Patriots’ Day Campaign, you ensure the future of Liberty will be bright.

In the words of George Washington, “Our cause is noble; it is the cause of mankind.”