Memo to the GOP: It’s the Bulk-Mail Ballots, Stupid!

Trump was absolutely correct in his claim that there was massive fraud in the 2020 election, but…

“If it be asked, what is the most sacred duty and the greatest source of our security in a Republic? The answer would be, An inviolable respect for the Constitution and Laws…” —Alexander Hamilton (1794)

“There are three things that helped the Senate secure the majority: One, our terrific candidates. Two, our agenda and our accomplishments. And three, the American people rejected the anti-democratic, extremist MAGA Republicans.” —Senate Majority Leader Chuck Schumer (D-NY)

Fact-check: Schumer’s candidates are socialist Democrat Party drones, and their “agenda” was a long list of policy failures.

What actually ensured Demos would win the Senate and beat back massive losses in the House, turning the “red wave” into a mere red ripple, were two factors Schumer failed to mention.

First would be the massive influence of the Leftmedia platforms that perennially use their airtime to defend and endorse Demos. That, combined with the fact that BIG Tech has refined and perfected the suppression of conservative speech, is a major factor in keeping the political playing field listing hard left. They have done a masterful job of keeping the Demos’ low-info voters dumbed down. Just imagine what the political landscape would look like if the media talkingheads and scribes were actually exercising objective journalism.

The second factor would be the Democrats’ bulk-mail ballot fraud strategy, which they refined and perfected in 2020 under the auspices of protecting voters from the ChiCom virus. In tandem with Leftmedia and social media bias, that strategy ensured that the 2020 election would produce a historic number of votes, paving the way for the election of Joe Biden.

More on that in a minute.

On his third point about “anti-democratic, extremist MAGA Republicans,” Schumer was partially right: Democrat voters certainly did reject many candidates with those tags, which are code for “Donald Trump” candidates.

Joe Biden and his Democrat Party ran against Trump, again, because they had NO policy success to run on. Of course, the SCOTUS ruling on abortion helped, because Democrat strategists knew they could count on female voters, whom they think are emotionally incontinent dupes.

The centerpiece of Biden’s 2022 midterm campaign platform was Trump, and Republican leaders snickered. How could he not mention a single word about inflation, crime, immigration, or any other voter concerns? But Democrat strategists and pollsters knew exactly what “hate and fear Trump” buttons to push to keep their voters on the plantation months ahead of the first bulk-mail ballots being cast. And that is precisely why Biden’s handlers sent him out with the “threat to democracy” message.

Democrats have perfected their bulk-ballot “dumbocracy” strategy, which is why Biden delivered two very high-profile speeches before the election about “protecting democracy” from the MAGA threat. “Protecting democracy” has become code for “hate and fear Trump,” as has the “MAGA Republican threat.”

That is precisely why, in Biden’s post-election comments, he proclaimed, “It was a good day for democracy.”

Thus, Trump’s announcement of his 2024 candidacy last night was met with a universal wave of Democrat “high-fives,” because they can now spend the next two years improving on their 2020/2022 model to ensure Trump’s defeat, retake the House, and strengthen their lead in the Senate. This, despite the fact they will have substantially more Senate seats at risk in 2024. Of the 33 Senate seats on the ballot, 21 will be Democrats and two independents who caucus with Democrats.

For the record, I agree with almost everything Trump said in his announcement, and we have written endlessly in support of his administration’s long list of achievements, especially foreign policy successes. It is an amazing record for a one-term president. Additionally, Trump noted all the new black and hispanic voters who came into the GOP during his tenure.

He also noted the relentless deep state attacks on his administration and on him personally. He noted the surge of inflation impacting the family budgets of all grassroots Americans. He noted the current invasion across our southern border – millions of illegal immigrants invited into our country by Biden. He noted the Demos’ bloody crime surge since he left office.

However, like it or not, Trump is the lightning rod for all the deep-seated Democrat hatred and fear, and they demonstrated they know how to use those sentiments to their advantage in 2020 and 2022, and will do so again in 2024. That is abundantly clear to a growing chorus of conservative political strategists – most former Trump supporters.

To the point about election fraud, to be clear, Trump was absolutely correct in his claims that there was massive fraud in the 2020 election.

But unfortunately until recently, Trump has not called out the actual fraud, instead focusing on conspiratorial misappropriation of ballots and altered ballot counting machines. Indeed, there were cases of documented misappropriation, ballot harvesting, ballot machine irregularities, endless counting allowing for more potential misappropriation, etc. But Trump diverted critical attention from the real threat — the growing implementation of statewide bulk-mail ballot distribution.

Bulk-mail balloting fraud was the decisive factor in his 2020 loss. No ballot without authentication of who is casting it, should ever be counted.

Tens of millions of mail-in ballots were counted in 2020 without any requirement, primarily in Democrat-controlled states, for authentication of who received those ballots and who actually cast those votes. I thoroughly explained why this constitutes fraud in a column ironically published the same day as the J6 riots last year, but it has taken another election before Republicans are starting to take note.

Beyond Trump, it is the Democrats’ long-range strategic plan to use bulk-mail ballot fraud to undermine Republican Rule of Law and replace it with democratic rule of men — i.e., “democracy.”

Yes, the “democracy” Biden preached about endlessly ahead of the midterm elections. Of course the vast majority of Demo low-info voters can’t distinguish the difference between a “Republic” and a “democracy.”

That plan will ensure Demo majorities in perpetuity, unless GOP leaders wake up to this most perilous of domestic threats to American Liberty.

The only way to ensure the integrity of our election process is to require in-person voting and limit mailed ballots to those requested by registered voters — and then require proper identification for authentication of who is voting in both cases.

Journalist Victor Joecks documented this fraud loophole in Nevada by signing his name to six mail-ballot returns sent to others people, and officials accepted his signature on all of those ballots. In the most recent election, Nevada bulk-mailed 1.8 million ballots.

By way of example, she noted: “The first thing Allegheny County (Pittsburgh) Republican Chairman Sam DeMarco saw on election night after the polls closed was the more than 100,000 votes from his home county that dropped for Democrat John Fetterman through mail-in ballots. ‘The biggest takeaway from Tuesday night is that Republican attitudes in regard to mail-in voting needs to change,’ he continued. ‘Right now, it’s like we’re running a 100-yard race against the Democrats and giving them a 45-yard head start. Both parties have limited resources, but while they work during the 50 days of early voting collecting and banking early votes … we’re just collecting promises to show up on Election Day; it’s not sustainable, and Democrats get better at it every cycle.’” 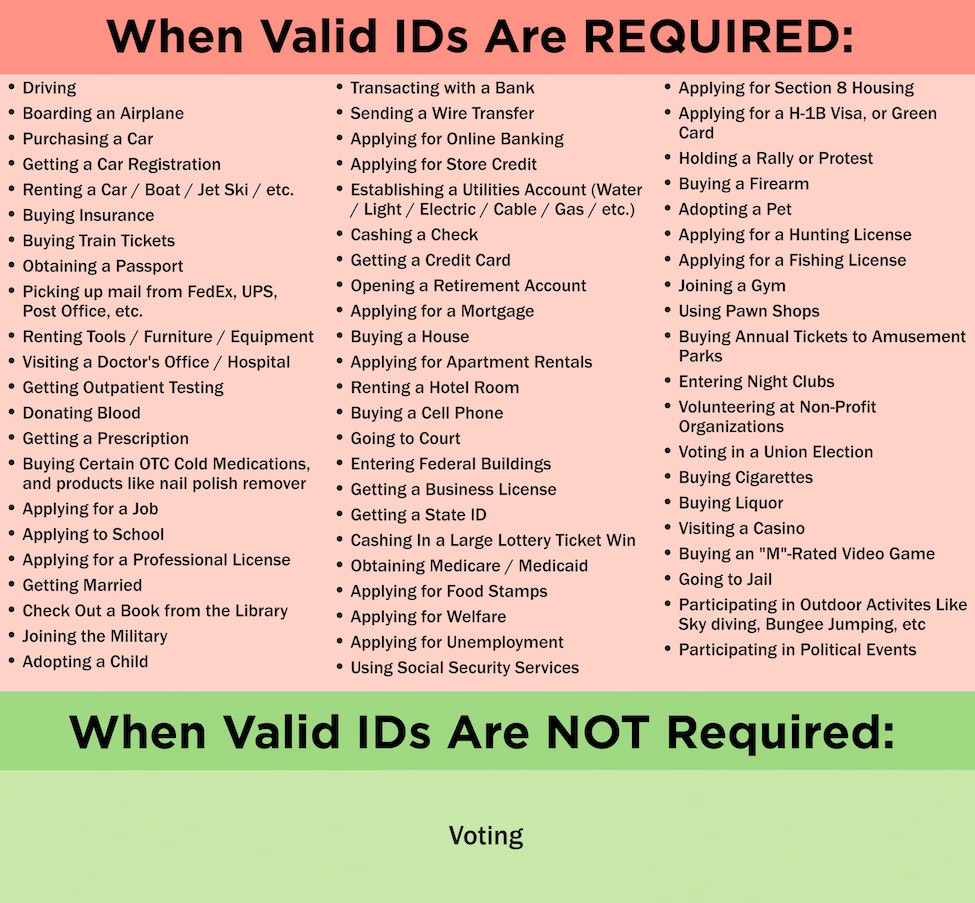 Zito concludes: “Currently, Democrats are miles ahead of Republicans at targeting specific races and voters. Through mail balloting, they put those voters in the bank early. This year, they executed and focused and performed; that’s why they have probably saved their U.S. Senate majority [and] limited Republican gains in the House… Republicans can complain about the current rules all they want, but what they need to do is wake up and start competing with the Democrats where they are. Otherwise, they’re just leaving winnable races on the table.”

Likewise, political analyst Erick Erickson insists: “The GOP is not going to end vote-by-mail and early voting, so they might as well figure out how to use it to their advantage. There was a time the GOP was dominant in early voting and absentee balloting.”

It is notable that, despite the red wave fizzle, there were almost 4% more Republican votes cast in House races than Democrat votes, many of those because Florida and other Republican-controlled states are figuring it out.

However, the window for revitalizing the requirement for voter authentication is closing.

The House and Senate bills to nationalize bulk-mail balloting, HR 1 and SR 1, which would also remove ID authentication requirements for both in-person and mail voting, are on the horizon. The last time these corrupt election bills were up, House Democrats passed the 791-page HR 1 behemoth on a party-line vote (220-210), but in the 50-50 split Senate, SR 1 failed thanks to Democrat Sen. Joe Manchin (D-WV).

The House may be able to hold off another pass at HR 1, but if Herschel Walker does not prevail in Georgia’s December special election, SR 1 might get through.

Democrats are not interested in “election integrity.” In a case study of how leftists have perfected the art of the BIG Lie, they label Republican efforts to authenticate who is voting, by mail or in person, as “voter intimidation and suppression.”

Patriots: Help us grow the ranks of American Patriots standing ready to defend Liberty. Please support our mission to ensure our timeless message of Liberty reaches an ever-wider audience of Patriots and their families. Please make a secure online donation to The Patriot Fund’s Year-End Campaign today.

What Lies to Watch for During Biden’s SOTU

Minnesota to Become Another ‘Trans Refuge’